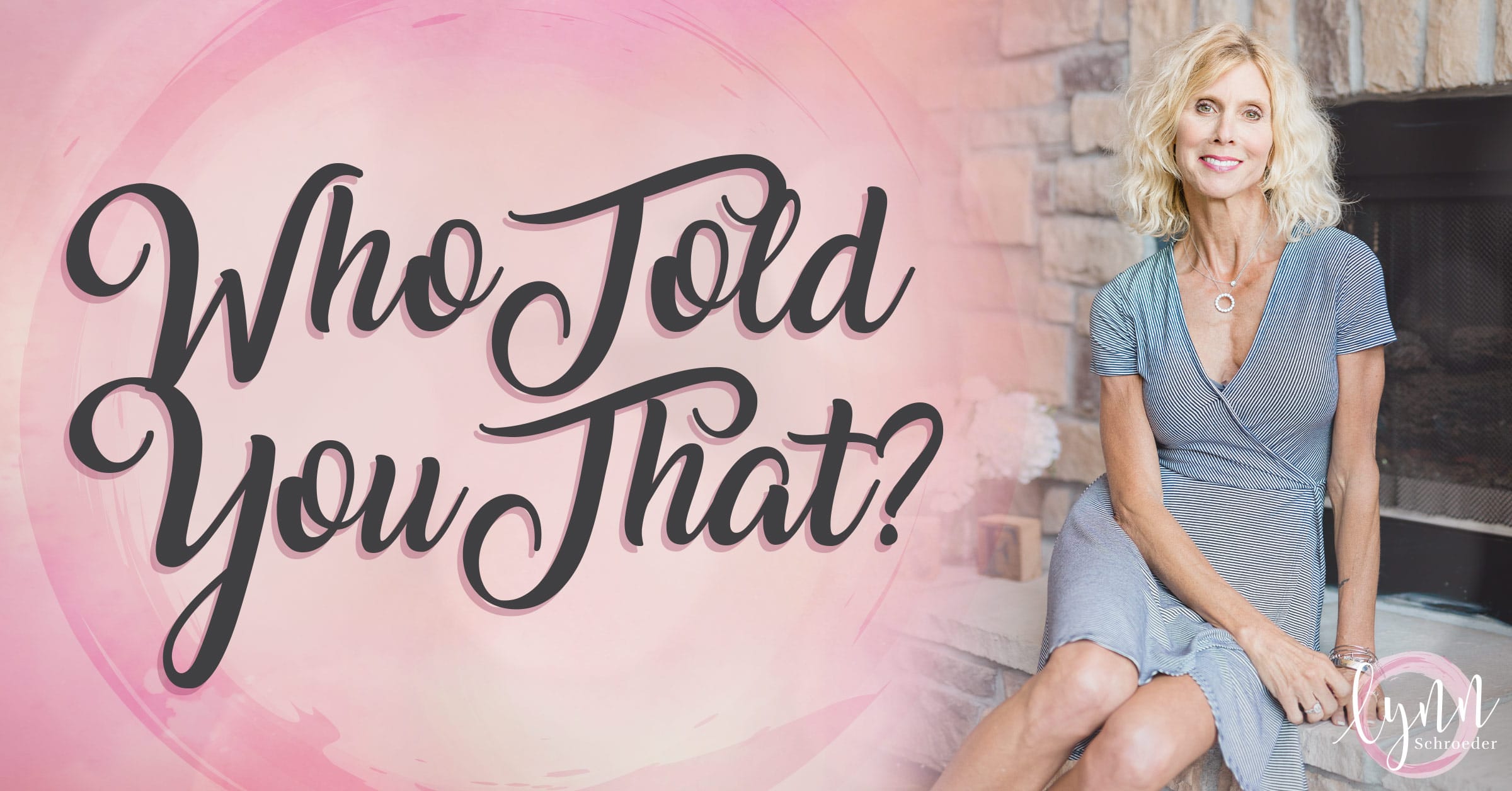 Questioning the Voices in Your Head

Why is it so difficult to quiet the negative voices in our heads? During a recent coffee date with girlfriends, we began a conversation about how easy it is to help others combat their negative self-talk, but when it comes to us personally, it can get down-right difficult and nasty!

And The Academy Award Goes To…

Oftentimes we don’t even realize that we’ve become master screenwriters for our own personal documentary film. We formulate an autobiographical narrative in our head and tell ourselves that story over and over, even when we have wrong conclusions, protagonists and antagonists that are mis-characterized, and scenes that don’t belong.

Have you ever been to a movie that was just too long? One where unnecessary scenes dragged on and leave you squirming in your seat or making an excuse to head to the bathroom or get a refill on popcorn?

Well, some scenes in our own personal documentary film are the same way. The failures, lacks of success, setbacks, issues, and misfortune “scenes” are kept in our documentary and get too much exposure, when they should be on the cutting room floor!

On the flip side, the scenes that should stay in our documentary, like our accomplishments, resiliency, achievements, and triumphs, are edited out and rarely make it into the film.

Like fingernails on a chalkboard, there are 4 common voices that get on my nerves! It took many years of hearing them in my own head before I was able to recognize them for what they were, give them a not-so-nice name, and then tell them to leave.

Friends, if we’re not careful, each of these voices will sabotage our own personal documentary, so what should be a personal narrative becomes a work of not-so-good fiction.

Do you recognize any of these?

This is the voice that operates out of fear and tells you to play it safe. This voice has a mediocrity mindset and doesn’t want you to consider trying new things or stepping out of your comfort zone. It tells you that things are fine the way they are, and that there’s no need to speak up, speak out, or rock the boat!

This voice can be deceiving, because we don’t always think of it as a negative. Don’t let it fool you though! It will hold you back just like the others! This voice is ego-driven. It’s the voice that tells you that you have it all together, and that you’re fine the way you are. It’s the “why mess with a good thing” voice that says “I can’t get any better than this!”

How to Quiet the Voices

Head the voice off at the pass and immediately question it. Ask “who says this?” and “why is it saying this?”

Where did this voice come from? Was it from a person? A past event? Was it a story you told yourself from when you were a child?

Start recalling your strengths, your talents, your accomplishments, and times when you showed a resilient nature.

Tell yourself a new story by saying something like this (preferably out loud):

Friend, it’s time for you and I to write our own personal documentaries that are positive and that push us toward our dreams, destiny, and purpose. It begins with tampering the voices in our head and loving ourselves.

I’ll leave you with this simple and profound truth:

Always talk to yourself the way you would with someone you love.

If you’re looking for something else to help with that negative self-talk, I came up with a series of 7 Daily Affirmations. I would LOVE to share them with you! They are meant to bring out the driven woman in you. I was once like you…shy and self-conscious. But now that I’ve found my voice, I want to teach you how you can be confident in your own skin without worrying about what other people say.

Feel free to check them out here!

And share them with someone else who needs a little confidence boost as well. Let’s lift each other up and edify one another. Life is not a competition. Let’s be cheerleaders for one another, and ourselves!