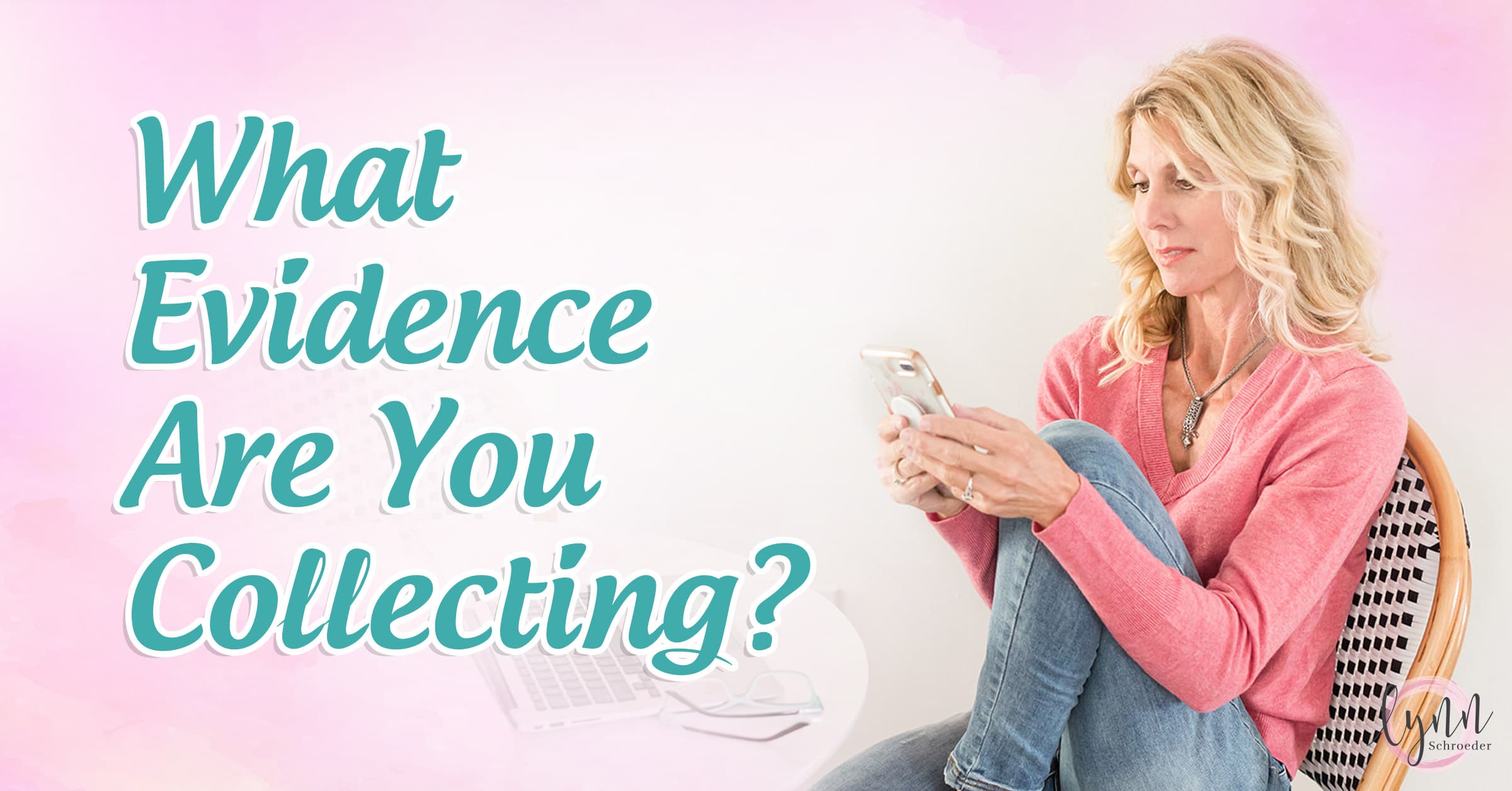 It’s amazing the things you can dig up when you do some purging around the house. I was going through our storage room in the basement recently, and lo and behold, I came across a very old photo album that brought back so many childhood memories!

It truly made me teary eyed to go through it. Along with some really great memories, there were also some sad ones. It contained report cards of mine from kindergarten and first grade. Apparently I used to collect stamps, although I don’t remember that! But those were fun to look through. My how the cost of stamps has gone up! My grandmother hasn’t been around since I was 16, so imagine the emotions that came back to see a handwritten note from her.

This photo album got me thinking…am I collecting enough evidence from my life? And not just old pictures and mementos…am I storing away experiences that have made me a better, more confident woman?

Our memories are some of our most precious gifts. It’s our brain’s job to store these memories away and recall them at a later date. I believe it’s so important that we collect evidence from the times that we’ve had success in our lives. Do you have enough experiences stored in your brain that you can recall them when you’re on the brink of doing something that’s making you afraid? Or on the brink of doing something outside your comfort zone? If this has happened to you, do you try to recall the times when you’ve had success to push you through?

It’s definitely happened to me lots of times. I consider it my job to create “scrapbooks” of evidence full of situations where I’ve done something out of my comfort zone…like skiing! I hate heights and hate skiing – I don’t like the feeling of not being in control – but I’ve used this tactic to get me through it in the past. Now, skiing is easier every time because I have evidence stored in my brain of how I’ve conquered my fear in the past.

Have you ever received criticism? I’m sure we all have at one point or another. That’s an important thing to store away in your evidence file. Remember how you handled it and responded to it in order to make you better at it the next time. It’s not always easy to respond to criticism with grace and integrity. But the more evidence you collect from the past, the easier it will be to stay confident through it in the future.

How about a time where you had to get in front of a group of people? Whether to make a speech or something similar? Or took an exercise class that was way out of your comfort zone? And you lived through it? Store that as evidence! And remind yourself next time how you persevered and got through it even though you were afraid at the time.

I think it’s so important to store these experiences away in order to become more confident. It’s also an important example to set for our children. I want my boys to see a confident, but humble, woman who isn’t afraid to try new things. It’s ok if you aren’t the life of the party…all you need to do is exude confidence, even quietly! No more walking around being afraid of your own shadow.

Collecting evidence proves that you can do things you otherwise thought you couldn’t. It proves that you’re worthy. Sometimes we carry around baggage that keeps us from gaining that confidence. Those backpacks of baggage just get heavier and heavier. Ditch those large loads and refer to your evidence file when you need some support.

So if you haven’t already, I challenge you to start creating an “evidence” file in your brain. You can even write things down, since our brain remembers things better when we take the time to do that. The more examples of your successes you can collect, the more confidence you’ll have to do things in the future. Make it so that you can recall them and say “I did that! Maybe it wasn’t perfect, but that’s ok! Now what’s my next adventure?” Share a story below of some “evidence” you have collected, I’d love to hear about it!