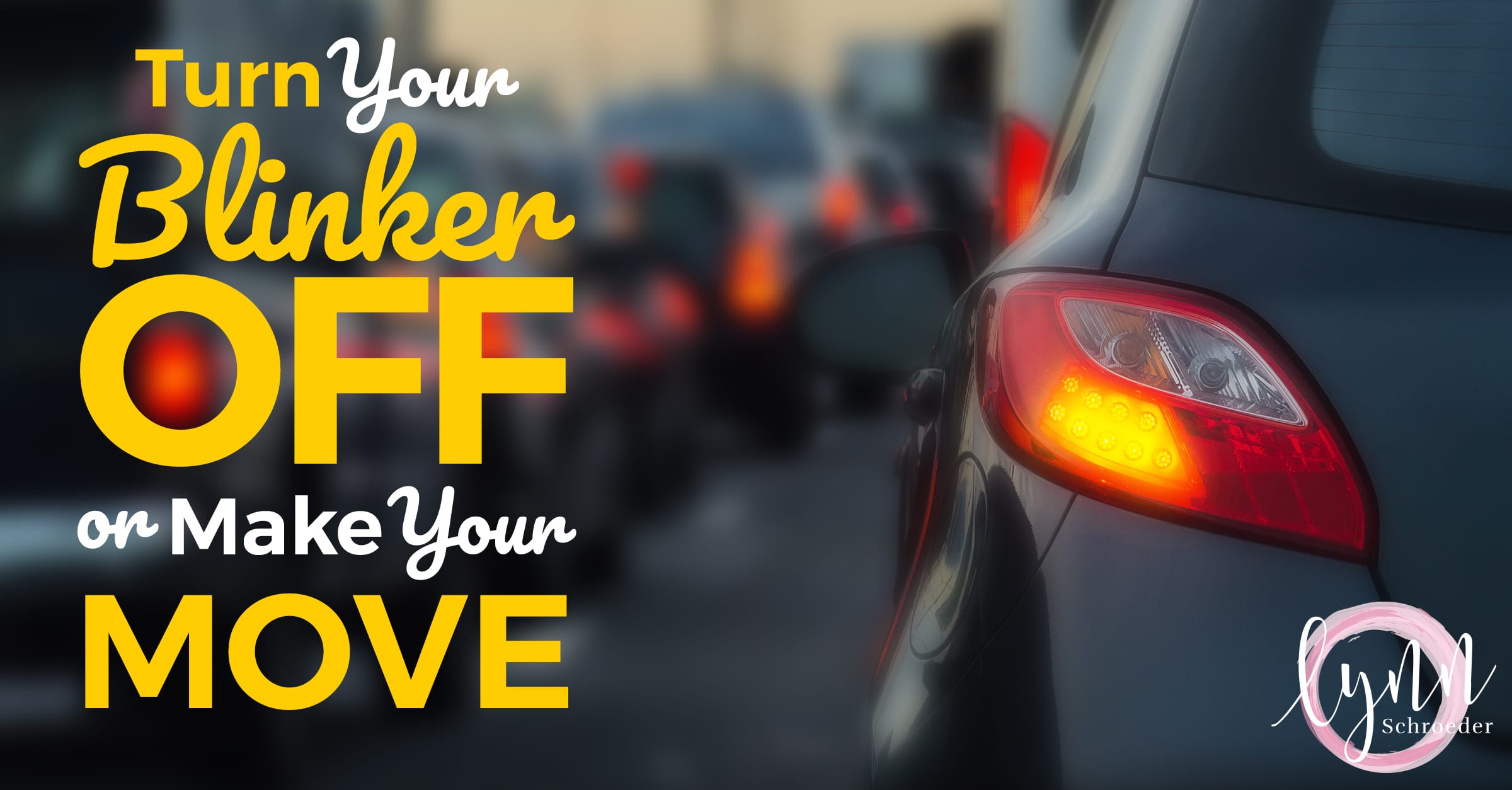 Turn Your Blinker Off Or Make Your Move!

Have you ever followed a vehicle on the highway or street that has a blinker on but the driver is unaware of it? You might be behind that person for miles and miles and still they’re unaware of the incessant blinking and you’re thinking to yourself; “Okay, are you going to turn and make your move or not?”

Before you know it, the people that you’ve told, start thinking you’re sort of like the boy or the girl who cried wolf because you’re not doing it. They start to doubt you’re going to keep your word.

Either Turn Your Blinker Off or Make Your Move!

So many times when we don’t make that turn it’s because we have these limiting beliefs about what we can or what we can’t do.

Perhaps it’s a limiting belief such as “someone’s going to think I’m foolish”, “I can’t do that”, “I’m not smart enough to do that so I’m not going to do it, but I want to, but I’m not going to do it”, or “I’m too old or I’m too young”, or “I should’ve went to college for that”.  The list of limiting beliefs and fears of rejection could go on and on. We get in our own head and we never make that turn.

What Dreams Are Inside Your Head and Heart?

Here’s a question for you to think about:  what dreams do you have sitting inside your head?  What makes you excited? What is it that’s like an itch that you just can’t scratch and it just won’t go away? What do you know that you should be doing, but you’re afraid to do? It’s time to make your move! Don’t be like the incessant blinker; I’m going to do it! I’m not going to do it! I’m going to do it (blink, blink,blink)!

When will the Time be Right?

So let me tell you about me. I’m going to be 52 soon. And it took me 40 some years to start doing things that I knew were inside of me to do. I knew that I was supposed to do it, but I operated on fear. I operated on very low confidence. I operated on playing it safe, coloring within the lines and not stepping out of my comfort zone and I continued to put a lid on those gifts and talents.

I’m coming to you as a friend and saying make your move. Your blinker’s on now, so go for it. Go for it. Don’t be almost 52 and saying I would’ve, should’ve, could’ve, ’cause that’s no way to live. We’re all made with a purpose. We are all meant to bring value to our world, and it’s time for you to make your move. Turn, if your blinker is on, make your move.

1 thought on “Turn Your Blinker Off or Make Your Move”