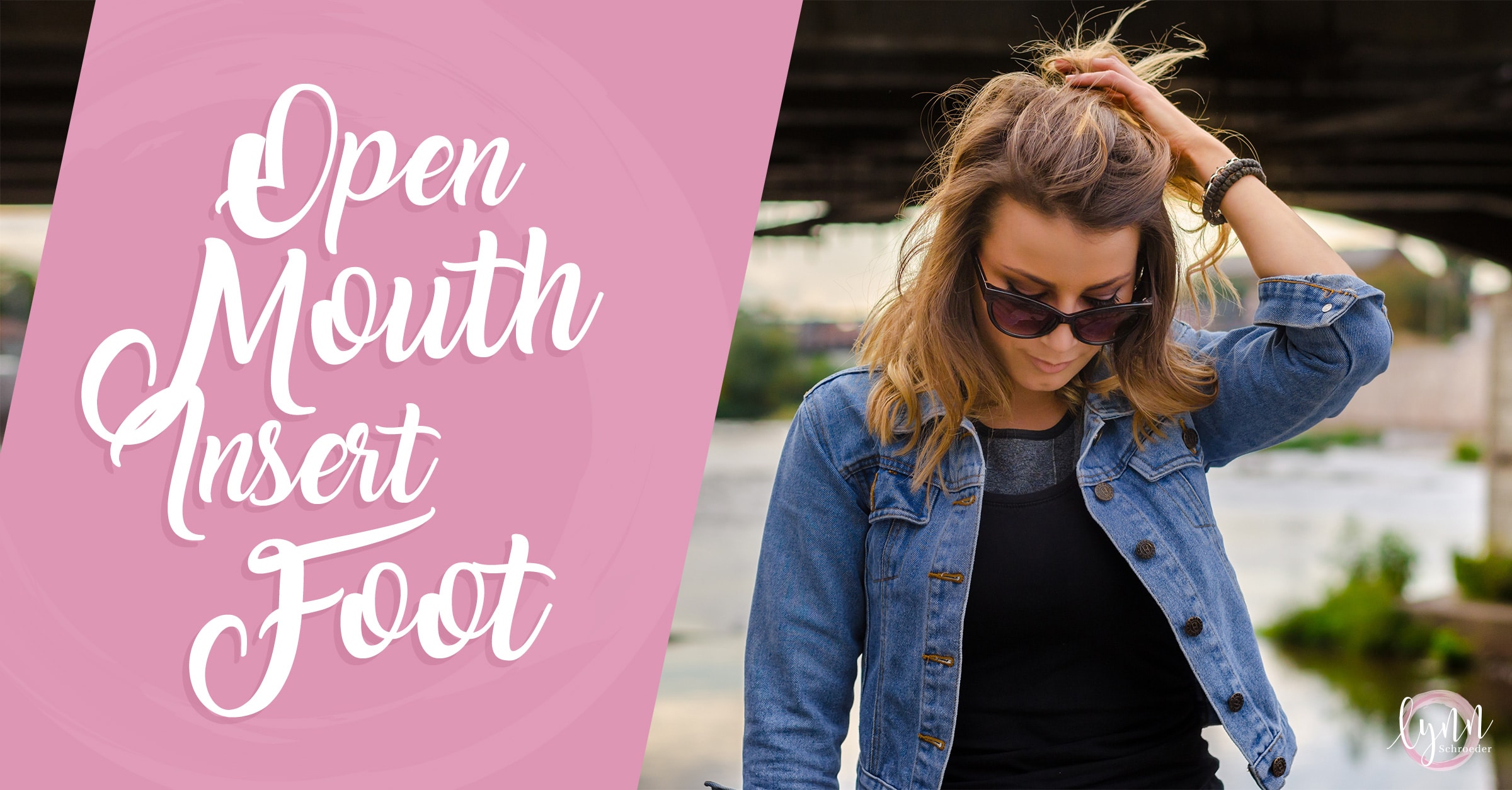 I want to talk about something very embarrassing today. I’d rather not even tell you what happened to me, but I’m a firm believer in learning from our mistakes. So here’s what I did.

You know that saying that says, open mouth insert foot? It’s so applicable to me here! Just last week, I approached someone at my gym and asked her when her baby was due. Guess what…she wasn’t pregnant. I felt like I wanted to disappear inside of the floor of the gym. I was SO embarrassed!

This woman was in such great shape. She looked amazing, but I thought she was pregnant. When I asked the question, I realized immediately by the look on her face that she wasn’t even pregnant. And I felt beyond mortified.

Here’s the sad part. I’ve done that twice now! Just a couple years ago I did the same thing to a complete stranger outside of Hobby Lobby. You would think I’d learn from my mistake. But it gets even better – I’ve also even called a woman by her husband’s ex-wife’s name. I wanted to die then too!

Dwelling On My Mistake

I’m the person who doesn’t want to hurt anyone else’s feelings, ever. It always bothers me that I said that to that woman, for a few reasons. One reason is that it was uncalled for. Number two, women are much more sensitive about weight and body image. I can only imagine this woman has been thinking about it for quite a while since then.

How You Can Bounce Back

So what do we do when we misspeak? Here are some steps you can take to bounce back from a horribly embarrassing moment like mine. First, you apologize – duh! That’s an obvious first step. I apologized profusely. I cannot believe I said that.

Number two is to never make excuses. Making excuses for saying things that we shouldn’t is kind of digging a deeper hole. Just apologize and take responsibility and don’t make excuses.

Thirdly, just admit you made a mistake. I apologized and told this woman that there was no excuse for what I said.

Fourth, rebuild rapport. A few days later, I went out of my way and approached her and asked how she was doing. I told her she looked wonderful. She’s actually competing in a bodybuilding show next month. How could I possibly have said this to her?! I took the extra step of building rapport and asked her how her training was going.

The fifth step is to just learn from your mistakes. I will not ever ask another woman when she is due again, even though I love pregnant women! I love patting their bellies and asking questions about their pregnancy and their other children. I love everything about babies! But because of this incident, I have vowed that I’ll never ask that question again. I have learned from my mistake. End of story.

Number six is something I’m still actively working on. I can’t take those words back, but here’s what I can do. I have been consistently lifting this woman up in prayer. I cannot control what she’s thinking on the inside. She already heard me apologize, and I can’t control how she reacted or what she’s thinking, but I can lift her up in prayer. I can hope she laughs it off and lets it rolls off her shoulders and has peace with herself over my mistake.

The last one is a very important one. I choose to drop the rock. I choose to let this go. I choose not to wake up anymore during the night and dwell on it. I choose to forgive myself. Everyone makes mistakes, and the longer I dwell on that silly mistake, the heavier the rock becomes in my hand. I would start to feel really bad and unkind and unworthy about myself. It doesn’t help anyone. So just let it go, learn from it, and move on.

If you have opened your mouth and inserted your foot and made a big faux pas, please tell me about it. I want to encourage you that it’s OK, we all make mistakes, and I want to help you learn from it in order to avoid making the same mistake twice.

As always, pay it forward and share this with someone if you know they’re beating themselves up over making a mistake like mine. Assure them that they’re only human. Let’s lift each other up and heal together!