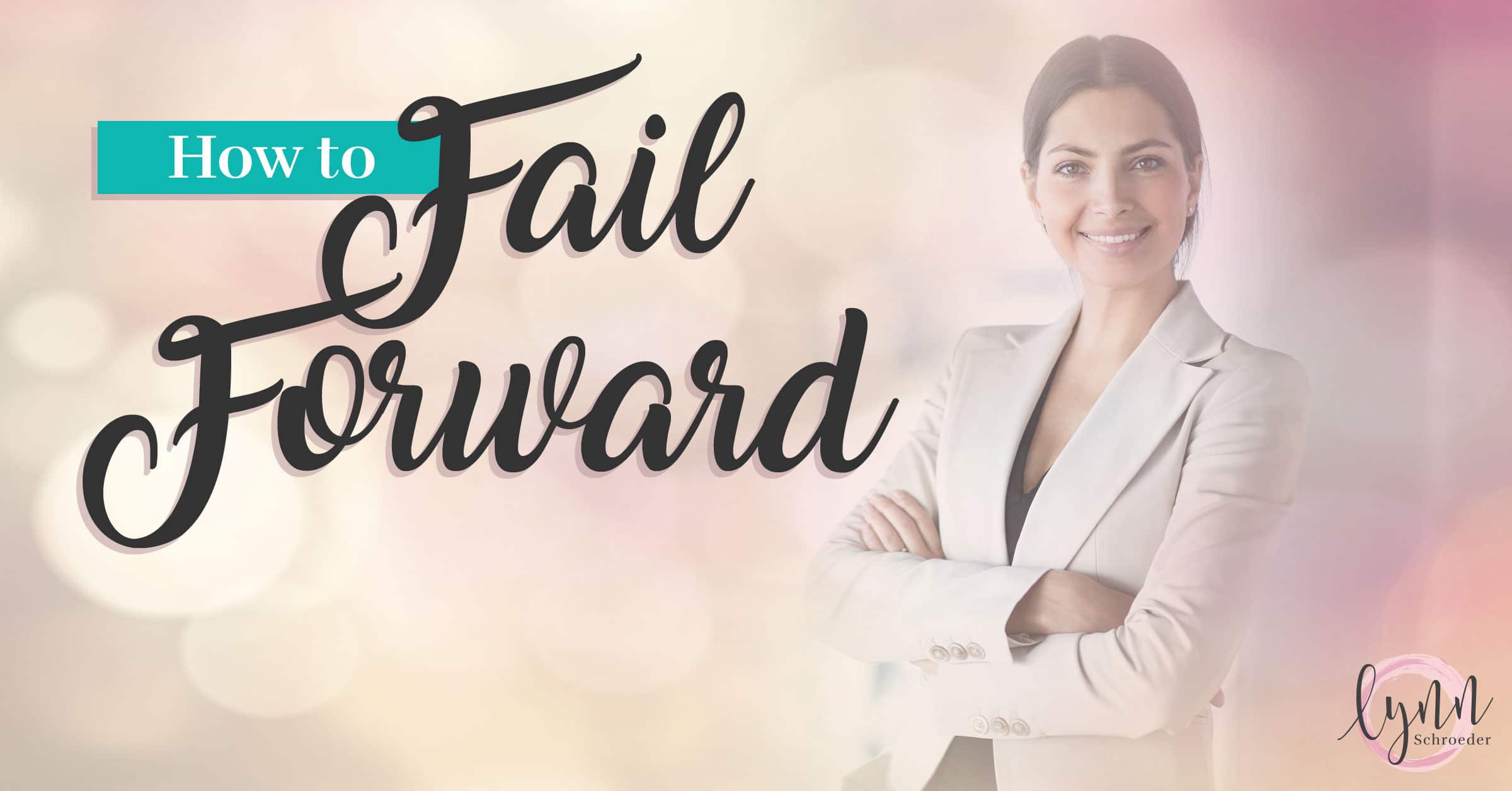 “Success consists of going from failure to failure without loss of enthusiasm.”

Don’t Be Afraid of the F-Word

Failure doesn’t have to cause you embarrassment, cause you to take on the title of “has been”, or cause feelings of unworthiness!

Failure is not catastrophic!

Failure is a part of life and business, and not one of us will leave this world unscathed by it! If we’re lucky, we will have failed numerous times and become better for each one of them!

Failure is a great teacher and we should all hope to be taught by it one day!

Action Steps to Take When We Fail

So what does “failing forward” mean? Failing forward means learning from our setbacks and making the necessary adjustments to move on and succeed.

Here are six things I coach my clients on to get them in the failing forward “position.”

You and I must come to terms with the failure and not ignore it! Remember, failing is a lesson, so turning your back on it lessens the value of it. It’s important that we don’t slink away with our tail between our legs! Talk about it with others, and say the “F word” out loud!

When we do these things, we will find ourselves going from “turning tail’ to “turning resilient!”

President Harry S. Truman had a sign on his desk that read: “The Buck Stops Here.” He declared to the American public that all decisions and actions began and ended with him.

We need to make the same declaration. True leaders take responsibility, and false leaders play the blame game. You and I must refuse to take on a victim mentality. Blame disempowers, while responsibility empowers!

Feel Regret and Sadness About the Failure

Losses take time to heal. If we gloss over them and act like they’re no big deal, the loss will rear its ugly head one day and come back to haunt you in your future relationships, your future decision making, and your future confidence.

Don’t put a bandaid over the failure; rip it off and deal with it now!

Learn From the Failure

Don’t gloss over the failure. Mull it over. Gain understanding. Think about journaling your response to these questions:

Reroute the Behavior That Allowed You to Fail

Become self-aware and hyper-sensitive to what made you fail and how you can create new habits or mindsets to change this in the future. Become a student of yourself, and grow personally from your experience!

Also, I’d encourage you to check out these noteworthy books on failing:

How to Fail: Everything I’ve Ever Learned From Things Going Wrong by Elizabeth Day How to Fail at Almost Everything and Still Win Big by Scott Adams

Fail Fast, Fail Often: How Losing Can Help You Win by Ryan Babineaux

Get back on the horse and show them who’s boss! Move on and take an “I can’t wait to see what’s next” attitude. Be fully confident of greater things to come!

And while you’re at it, enjoy the view from where you’re at and be grateful for where you’ve been and how far you’ve come!

Failure Is A Bruise

I’ll end by sharing one of my favorite quotes:

“Failure is a bruise not a tattoo.”

Just remember…it’s NOT catastrophic! It’s NOT the end of the world! Use failure as an opportunity!

If you are struggling with getting over a failure at the moment, please take a minute to re-read this post carefully. Or if you know someone who could use some uplifting words, share it with them! Pay it forward and help me help them!