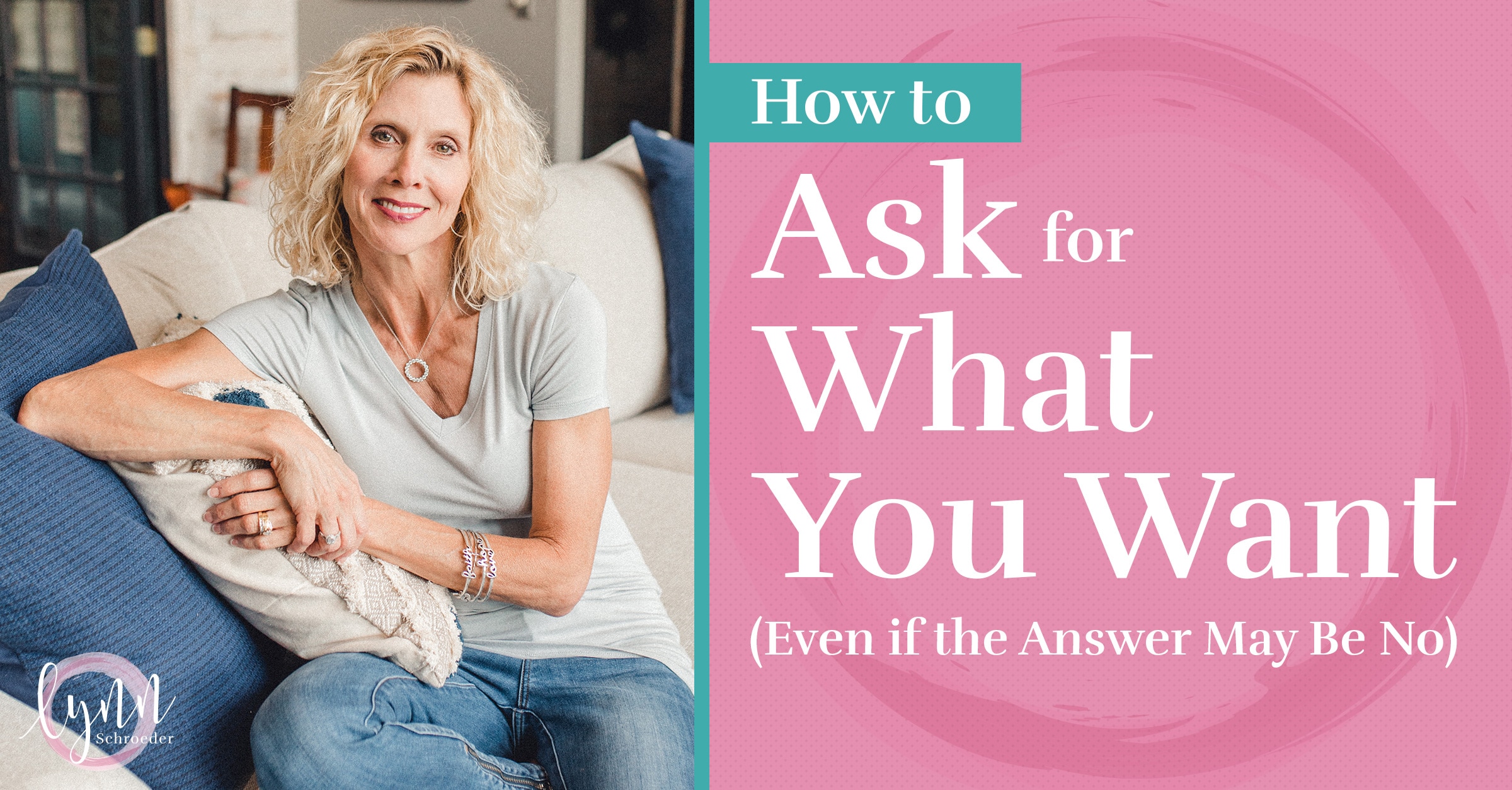 No’s Are a Part of the Journey

In life, we will hear the word no. Plain and simple. In fact, we’re most likely going to hear a lot more “no’s” than we do yes. Regardless of the answer, asking for what you want is still very important.

Here’s a simple truth: you and I will never know until we ask.

So, I want you to think about something today…why do some people have trouble for asking for what they want? Here are some reasons I’ve thought of…

Sometimes we take what we heard from our past or our childhood…things like “it’s better to be seen than heard” and “you’re a loudmouth”…and we place that “story” from the past into the here and now. Because of these stories that we start to believe, we remain silent when we should speak up.

Sometimes we equate losing or being told “no” with being unworthy. Consequently, we feel that our opinion doesn’t matter and that we’d be better to not “make waves.”

Some people are crushed by rejection, and instead of thick skin, they are hurt and become offended by being told no. You and I must have “teflon” skin…it’s imperative that we let rejections slide right off of us!

I’ll be honest here…I’m a recovering “not asker” (I made the word up!). That’s right. For years, my standard answer to questions soliciting my opinion were, “I don’t care” and “whatever you want.” I shied away from asking for things that I wanted for fear that I would hear the dreaded word “no.”

Discovering that many people face rejection was part of my recovery and growth process. Not only are many common people like you and I rejected day in and day out, but many famous people are too.

Walt Disney was fired from a magazine company because he lacked imagination. That’s right! The founder of the “most magical place on earth” was handed his walking papers.

J.K. Rowling was fired from her job because she was spending too much time on her computer (writing books) and not doing her job!

Harland Sanders’s secret recipe was rejected 1009 times! Can you imagine if he had given up after the first, second, tenth, or even 100th time? You and I wouldn’t have the opportunity to buy a 12-piece original recipe bucket meal!

Carrie, the first book that Steven King wrote, was rejected 33 times before it was finally published. Had he walked away from writing instead of pursuing his gift of prose, you and I may never have been introduced to some best sellers and blockbuster movies, like The Shining, It, Misery, and dozens more!

The moral of the story? No’s are a part of the journey!

The World Says No. You and I Say “Next!”

As you know, I’m a life and business coach and a leader of a very large direct marketing team. I coach my clients and my team members to be prepared for rejection and tell them that there will be many “no’s” on the path to their “yes.”

I coach clients to adopt the mantra “SW-SW-SW”
Some Will,
Some Won’t,
Someone’s Waiting.

7 Tips to Ask For What You Want

I want to wrap up by offering you 7 straightforward tips to ask for what you want. These are in no particular order, and one isn’t more important than the other. It’s just a list I came up with to help you out if you need that little boost of confidence!

The moral of the story? No’s are a part of the journey!

It’s time to step out of your comfort zone and look “no” in the eyes and tell it that is has no more control over you. If it helps, adopt the 5 Second Rule. Count down. 5-4-3-2-1 and then speak. And remember…ask.for.what.you.want!

If you know anyone struggling with speaking their mind, please share this with them! We need to pay it forward and share our life lessons with those around us!